Fannie Mae substantially revised its housing forecast this month, especially as regards new home construction.  The company's Economic and Strategic Research (ESR) Group said it based its upward revision on "the breadth of positive economic signals," including the continued modest growth of the economy despite a variety of risks, ongoing strength in labor markets and the resulting stability of consumer spending.  Then, this month there was fresh evidence that construction is poised to again be an engine of economic growth.

Fannie Mae's December housing outlook is for homebuilders to expand production in reaction to continued strength in labor markets and consumer spending, supportive interest rates, and waning risks of a significant near-term economic slowdown. The ESR Group notes that there was a fifth consecutive increase in housing starts in October (and a sixth, for November, announced this week) and, along with a similar trend in permits, signs of momentum going into the new year. The number of homes sold in October before construction had even started indicates a growing backlog of orders. Based on those factors, Fannie Mae now forecasts that new home starts next year will total 1.35 million. This 6.5 percent increase over 2019 is even more striking given that the 2020 forecast last month called for just a 1.9 percent gain. The company sees single-family starts rising 10 percent to just shy of one million units. Even with this improvement, it will likely take several years for new construction to address the existing pent-up demand for additional housing, as suggested by a still-increasing share of 25- to 34-year-olds living at home with their parents.

Sales of new homes fell modestly in October but remained near the expansion high recorded (after revisions) in September. While increased new home sales will coincide with the growing construction activity, expect a lag in sales as homebuilders rebuild their inventories of homes under construction and housing starts catch up to support sales.

The new home share of total sales fell sharply in the last recession but began to recover in May 2010. The current outlook for the economy and interest rates suggest the share will continue to rise with expected growth of 11.9 percent this year, up 2.2 percent from the previous forecast, then rising by 5.0 percent next year, (a 5 point change) and 5.5 percent in 2021 up 4.7 points from the earlier prediction. The ESR Group calls its forecast for existing home sales "muted." Those sales were up 1.9 percent in October but, while demand is high, the earlier increase in inventories has now reversed. Supplies dropped by 4.3 percent on an annual basis in October and were the lowest for that month since Fannie Mae began tracking the stat in 1999. They expect a modest decline in existing home sales during the first half of next year but 1.5 percent growth for the entire year and 0.2 percent in 2021.

Delinquency rates indicate that the growth in mortgage markets has not come at the expense of weaker underwriting. Both multifamily and single-family delinquencies are at their lowest levels since at least the turn of the century and rising home prices provide further support for credit performance.

The decelerating rate of appreciation appears to have reversed, and Fannie Mae expects it will remain at or above 5 percent through the second quarter of next year then slow through the remainder of the company's forecast horizon.

After deciding to keep the current federal funds' target in the 1.5 to 1.75 percent range at its December meeting, the Federal Open Market Committee (FOMC) affirmed its belief that "the current stance of monetary policy is appropriate" to sustain the expansion.  The ESR Group says the increasingly high bar the Fed has set for undertaking further changes in the federal funds rate, along with its anticipated improvement in economic conditions has led it to cancel its prediction of one more rate cut early next year. While the 1.3 percent rate of inflation ties for the slowest in three years, they still believe the Fed will hold the rate steady throughout 2020.

They expect the 10-year Treasury yield to remain in the 1.8 percent range until late 2021 and fixed-rate mortgages to remain within a tight range around November's average of 3.70 percent for the foreseeable future.

The expected improvements in new home construction and sales have driven an increase in Fannie Mae's predictions for residential fixed investment (RFI) of 1.2 percentage points in the fourth quarter of 2019 to 4.5 percent annualized and by 1.3 percent for the whole of 2019. RFI will continue to grow 3.4 percent in both 2020 and 2021, up from previous forecasts of 0.3 percent and 1.1 percent respectively.

Real gross domestic product (GDP) is expected to grow at an annualized pace of 1.8 percent during the fourth quarter, two-tenths higher than Fannie Mae's previous forecast, and at 2.3 percent for the whole of 2019, a one-tenth percent upgrade.  Real GDP should grow 2.1 percent in 2020, a two-tenths of a point revision. The report adds that while it made small upward adjustments into most forecast components, the outlook for RFI has increased more substantially.

There are still downside risks to the forecast, but the economists believe that the probabilities associated with these risks have decreased. Trade talks appear to be nearing a resolution with China, or at least a lessening of tensions. The 2019 global growth slowdown appears likely to reverse next year, and recession fears prompted by yield curve inversions and weak economic data in mid-2019 have abated to the extent that some are crediting the Federal Reserve with a "soft landing." 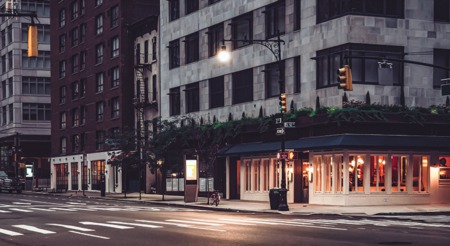 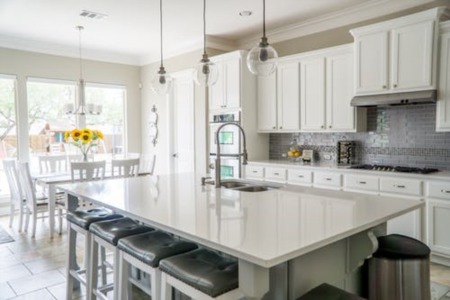